After nearly 50 years of success in Europe, super-retailer Primark introduced its low-price, high-fashion brand to the United States this week, when its first American store opened in Boston.

Primark—though not a household name in the U.S.—is a leading fashion retailer in Europe. The company provides clothing and shoes for men, women, and children, as well as home goods at 292 locations in Europe.

Initially founded in 1969 in Dublin, Ireland, Primark has since opened stores in the United Kingdom, Spain, Portugal, Germany, the Netherlands, Belgium, Austria, and France. As part its continued growth, the brand is expanding into the American market, with Boston as its flagship store location.

The brand’s adherence to fashion trends and low price points liken it to many with which Boston shoppers are already familiar: H&M, Forever 21, Zara, and more recently, Uniqlo.

The store opened last Thursday in the heart of Downtown Crossing and became the first retailer to occupy the newly-renovated Burnham Building for nearly a decade. The site used to house the former Filene’s Basement but has been empty since 2006.

The opening of Primark is notable not only because it solidifies the European company’s presence in America, but also because it represents an element of the larger effort to revitalize the Downtown Crossing area as a whole. 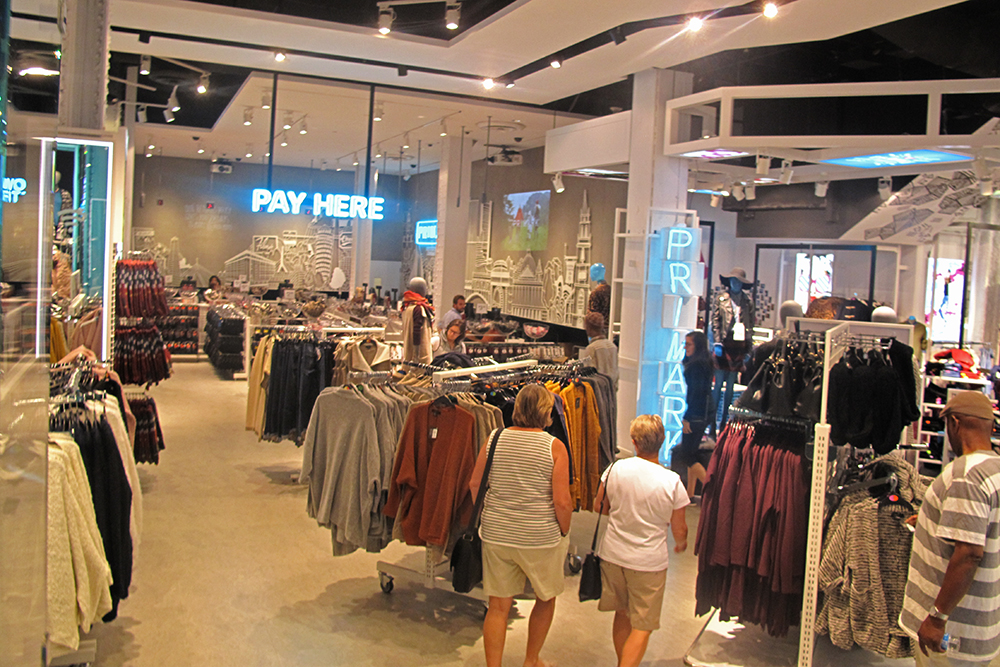 Developer Millennium Partners paid $689 million for the renovation of the Burnham Building, and is funding the ongoing construction of the Millennium Tower—located adjacent to the Burnham Building—a 625-foot glass building intended to house luxury condos. To celebrate the progress marked by Primark’s opening, Mayor Martin J. Walsh, WCAS ’09, held a ribbon cutting ceremony this week.

“I’m thrilled to officially welcome Primark to Boston,” Walsh said. “Primark will bring jobs and increased economic activity for our residents and visitors, and we are grateful they chose Downtown Crossing as the site of their first Northeast location.”

Primark, which predicts that it will bring 590 full-time jobs to the area, said Boston was chosen for the first U.S. store due to its downtown location, population of multinational students, and local leadership’s mutual interest in pursuing the venture.

“We have eagerly anticipated this day for some time and are honored to have experienced such an incredible level of support from the community and local leaders,” Paul Marchant, chief executive officer of Primark, said in a statement. “We truly could not imagine a more fitting location for our first U.S. store than this neighborhood and building, which both carry such a storied retail history.”

The four-floor, 77,000-square-foot shopping space is unique in its design, with brightly colored displays and signs to help the shopper navigate the store. This attention to interior design in its stores is a feature touted by Primark, and something present across all locations.

As homage to the historical significance in the Burnham Building, decorators even allowed original aesthetic elements to remain, such as exposed brickwork and terracotta ceilings. The store is also equipped with 73 cash registers, 84 fitting rooms, 530 mannequins and busts, and a 1,000-square-foot “Trend Room” for showcasing the latest designs immediately upon entry.

Although still new to American fashion culture, Primark seems to be making its way toward the mainstream. “Opening day was really hectic,” said a Primark employee at the Boston location. “People kept telling me they were leaving H&M to come here.”

Looking to the future, Primark will be opening more doors across the U.S. throughout the rest of the year, including one new location at the King of Prussia Mall in Pennsylvania, which is due to open in late Nov. 2015. Other planned locations include Braintree, Mass., Burlington, Mass., Danbury, Conn., Freehold, N.J., Staten Island, N.Y., and Willow Grove, Penn. 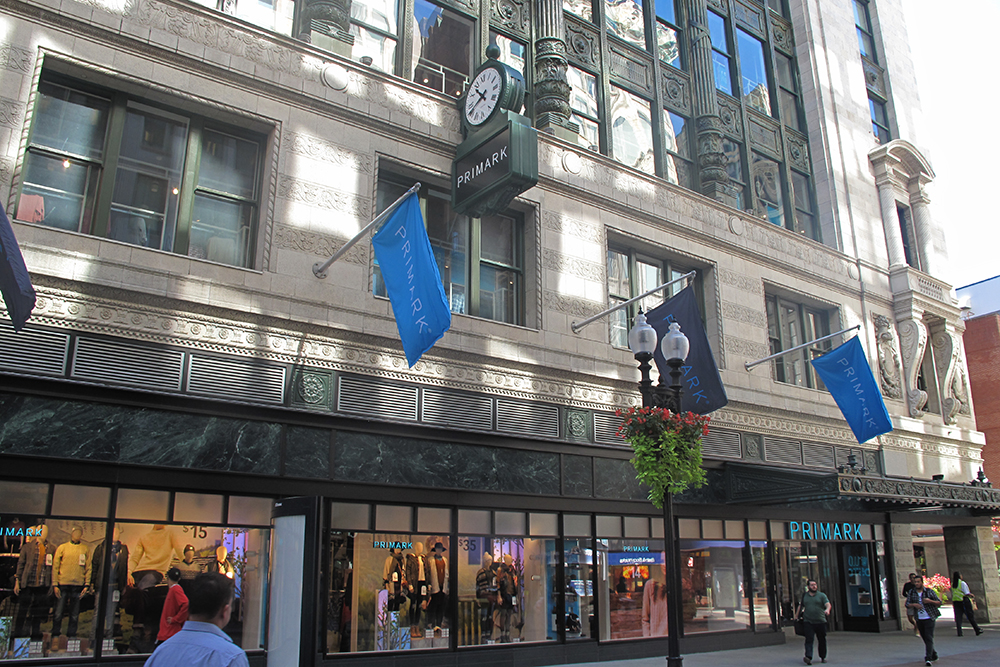 From motorcycle jackets to parasols, the outrageous closet of late Boston socialite Marilyn Riseman was acquired by the Peabody Essex Museum last week. […]

Winter Is Coming: A Fashion Guide To BC’s Coldest Months