A productive silence pervades the office, as employees scour through emails and handle customer service requests as they come in. A tall, clean-shaven man works at his standing desk, looking more like a club DJ than someone who is ensuring the smooth operation of a growing company. Unopened Amazon Prime packages pile up in the corner of the lobby, but once the dinner spread arrives at 6 p.m., the whole team leaves their desks and shares a meal together. At Jebbit, the conventionally hard lines between work and play are deliberately blurred. Going to “work” should feel like coming home. 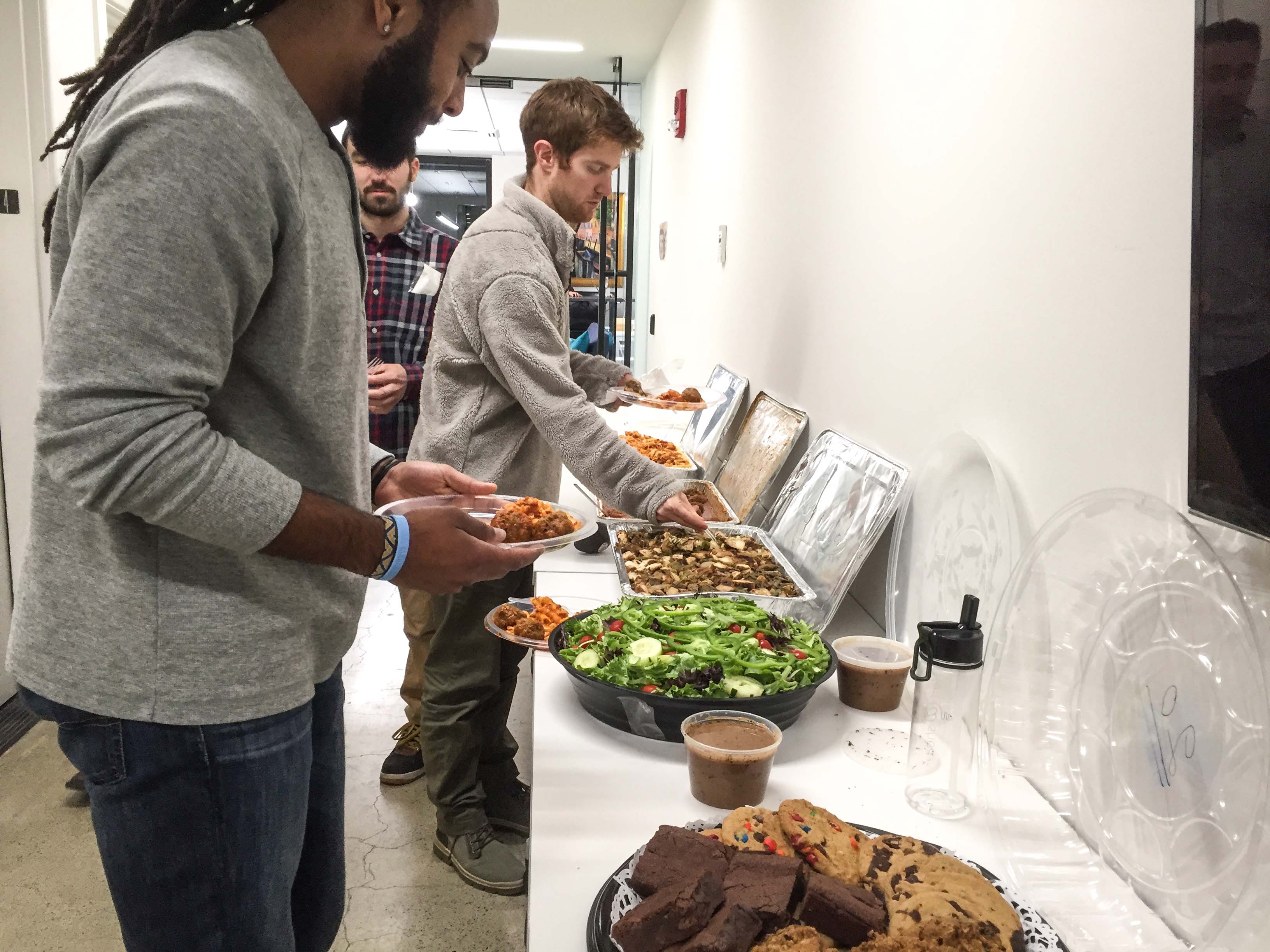 Building a startup from the ground up is a time-intensive endeavour. In addition to the challenge of gaining market traction, converting leads, and proving that the premise of the business is disruptive, the company must also stay faithful to its core values. Jebbit, a startup launched by former BC students Tom Coburn and Jonathan Lacoste that offers one-to-one marketing strategies, has stood the test of time on these issues.

Jebbit provides a unique business-to-business service that creates an engaging, personalized advertisement experience for each company’s target audience. This is done by harnessing declared data, a type of qualitative insight that offers precise feedback on the effectiveness of different marketing strategies by uncovering demographic and geographic information.

Since The Heights last ran a feature on Jebbit three years ago, the company has grown tremendously, not only in terms of its team but also its market relevance after recently announcing a partnership with Snapchat. Tom Coburn sat down to reflect on the past three years in Jebbit’s new spacious headquarters.

As Jebbit grew in potential, its former headquarters in Faneuil Hall became restrictive to the company’s operational capacity. It needed more deskspace for incoming employees and more flexibility afforded by multipurpose rooms for morale-boosting events and social gatherings. Thus, the decision to move into a larger office on Newbury Street was out of necessity rather than choice. 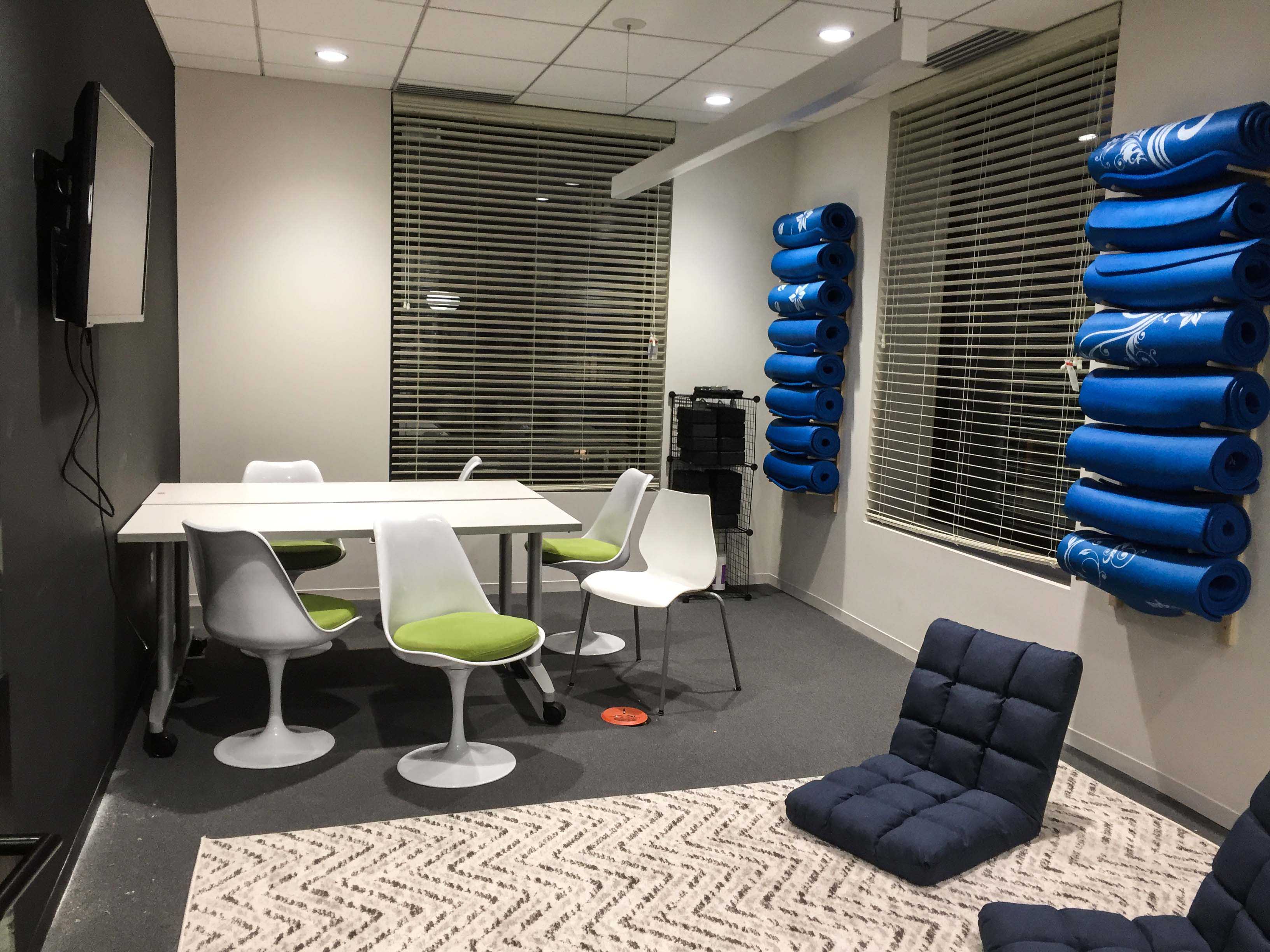 “There’s a lot more flexibility … to create different environments in the office that are more work-focused or louder and collaborative,” Coburn said. “There’s just more you can do with a bigger space.”

Jebbit has made a commitment to fostering greater collaboration within the team and recognizes the value of pairing work spaces with non-work spaces. For example, one of the conference rooms has been retrofitted to serve as a yoga studio once a week and a relaxation zone the rest of the week. The company went so far as to bring in a certified yogi to lead exercises and coach the team through meditative practices. This is one of the ways that Jebbit is now able to create a greater sense of unity around a common goal.

With more space comes more responsibility. While the new office has allowed for Jebbit to hire more technical and non-technical talent, there are communication challenges that inevitably emerge at the same time. There’s a critical mass at which point companies need to expand their bandwidth to deal with these challenges. That has come in the form of developing the resources to train new employees. 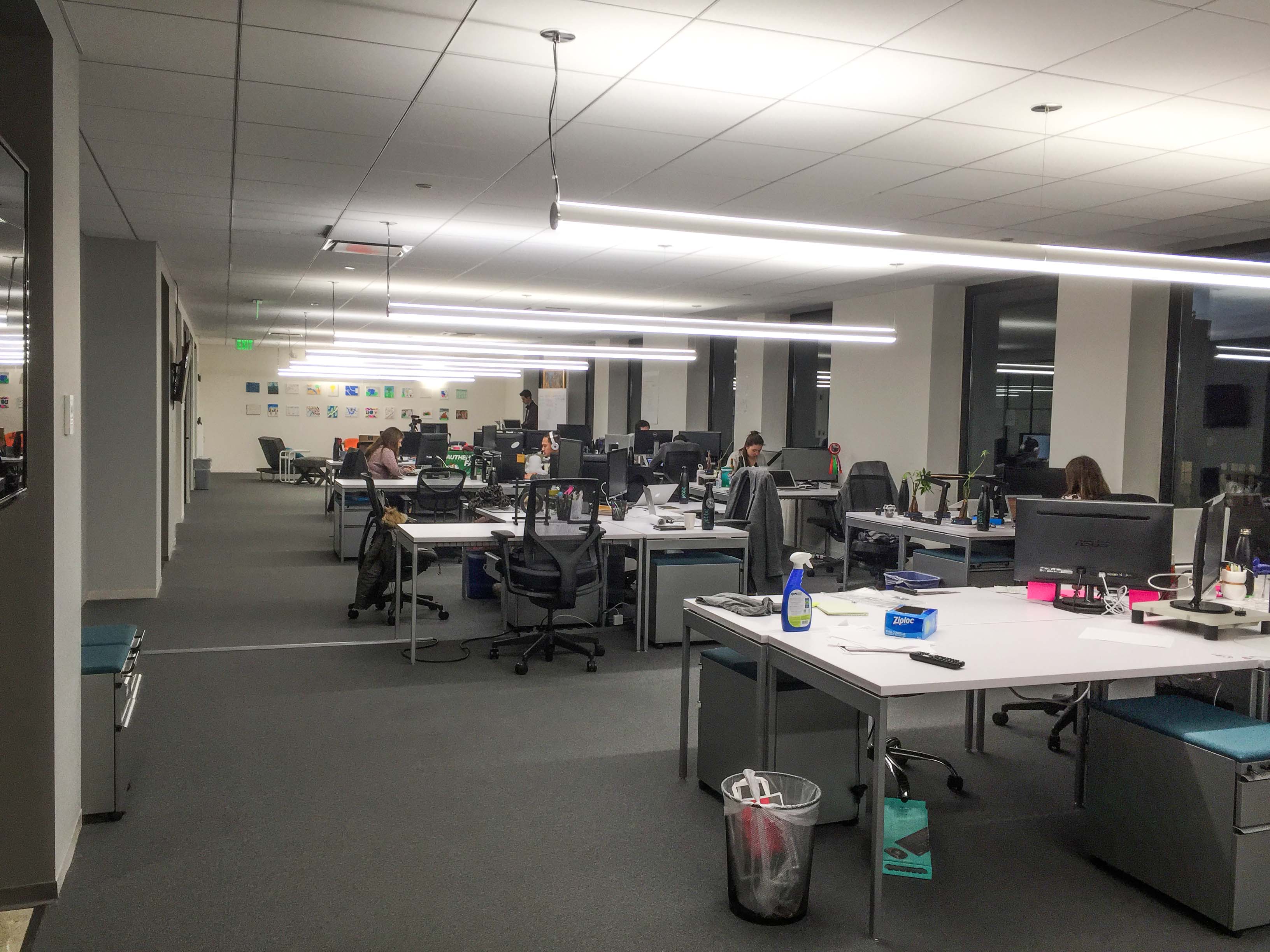 “When you’re 10 or 15 people and everyone’s sitting in a room, you don’t really need to train people because they learn on the job,” Coburn said. “We’ve had to reinvent onboarding and training of new employees at the company as well as the way information gets handed down.”

In order to get everyone together on a more regular basis, Jebbit has started to host a number of company-wide events throughout the workweek. “Town Hall” meetings are designed to run through departmental updates and team tasks, “Product and Pancakes” serve as opportunities for anyone to hear about product changes, and “Innovation Nights” foster a creative indulgence on the part of employees by inviting them to experiment with prototypes.

“As a startup, the nice part is you can always just test different things and see what works and what people aren’t enjoying as much,” Coburn said.

Looking back with 20/20 hindsight, Coburn doesn’t hold any regrets but wishes he and his co-founders could’ve known when to make the tough business decisions. He concedes that entrepreneurship does involve a great deal of trial and error.

“I think most of it is just trusting your gut more,” Coburn said. “There’s been a constant evolution in things we’re learning.”

Along the way, Coburn remembers being pressured to move Jebbit’s operation to other cities like New York, Washington, D.C., and San Francisco. But Boston is special not only because it is the city that educated Jebbit’s founders but also because of the rich entrepreneurial ecosystem it provides. Particularly for young entrepreneurs, the accessibility of academic, financial, and mentoring resources in Boston is hard to come by elsewhere.

“We’ve been able to raise money, hire the team, and get great office space,” Coburn said. “Nothing but awesome things to say about building a company in Boston.”

Ultimately, Jebbit has found its footing in Boston and will always have a special connection to the city, despite confirming plans to open up headquarters in other cities in the coming year.

About Alessandro Zenati 29 Articles
Alessandro is the Head Metro Editor for The Heights. As a dual US/Italy citizen, Alessandro loves exploring different cultures and learning the languages that enrich them. He owns a bright red Vespa scooter, believes in the rejuvenative power of meditation, and considers himself a connoisseur of gnocchi. He dedicates all his work to his family.

A Year On From Fatal Shooting, Boston Hospitals Still Debate On the Appropriate Course of Action

“Until state lawmakers require all Massachusetts hospitals to implement effective workplace violence initiatives, as proposed by the MNA, Brigham nurses will continue to fight for the safety of their hospital,” the Committee said. […]

In an Effort to Privatize, MBTA Looks to Cut Over 200 Jobs

The Human Rights Commission is a mayor-appointed body meant to protect vulnerable populations from various forms of discrimination. […]